No single firm has a monopoly on great ideas or technology

Advisors and clients shouldn’t be limited to the products and services available from a single firm to achieve complex wealth management goals. At NewEdge, the client sits on the same side of the table as the advisor, together accessing a two-way marketplace of the best solutions available to achieve their goals and objectives.

The personal connection and trust between a client and their advisor are too important to come between. Our wealth management platform was created to enhance the ability for advisors to deliver personal service to a client, not replace it.

Do You Have the Edge?

NewEdge provides direct client services to ultra high net worth, family office and institutional clients with access to an expansive menu of solutions, uniquely curated for them and their complex lives. It’s a boutique wealth management solution, providing the ultimate level of service and attention while having access to global capabilities across research, investments, credit, and wealth strategies — all wrapped in technology to make NewEdge a fresh approach to the industry.

Built for Advisors, By Advisors

Elite financial advisors who have worked hard to become the best at what they do, turn to NewEdge to grow their practice in a way that’s best for them and their clients. Whether that means launching an independent advisory practice serving high net worth and mass affluent clients, joining an entrepreneurial team serving ultra high net worth clients, or maybe a combination of both, NewEdge has a solution that is the right fit.

An Unmatched Level of Personal Service and Technical Innovation

For four decades, we have developed leading-edge technologies that have been crucial to the growth of the financial services industry. During this time, other firms have sought to disrupt the industry by deploying technologies that disconnect the advisor from the client relationship — replacing the advisor with “artificial intelligence”, “direct access” and “offshore” resources.

We believe great outcomes are achieved when a client has a strong, personal connection with their advisor. So while NewEdge develops and utilizes the cutting-edge, disruptive technologies of today, the focus is on solutions that help advisors connect and communicate directly with clients as well as provide clients with a more transparent view of their performance.

Learn more about our trading services 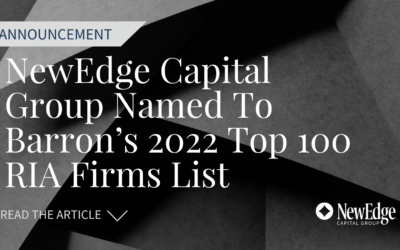 NewEdge Capital Group, LLC, is pleased to announce it has been named to the Barron’s Top 100 RIA Firms list. This 7th annual ranking of independent advisory companies is based on assets managed by the firms, technology spending, staff diversity, succession planning and other metrics.

NewEdge Wealth is pleased to announce that it has added yet another advisory team further extending its national footprint. The veteran three-person team, based out of Manhattan Beach, CA, is led by Muzaffar (Mark) Ahmed and Justin Reese, CFP®. 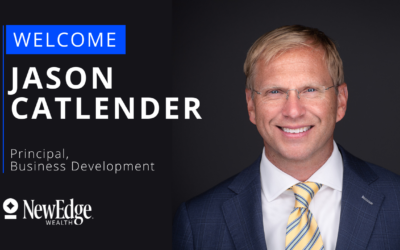 NewEdge Wealth has appointed Jason Catlender as Principal, Business Development. In his new role, Mr. Catlender will work with prospective ultra high net worth advisors and teams to assess whether joining NewEdge is the right move for them and their clients. 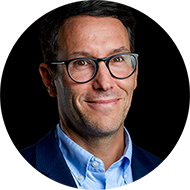 Neil is the Co-CEO and Co-Founder of one of NewEdge Capital Group’s subsidiaries, NewEdge Advisors. As Co-CEO, Neil oversees all aspects of NewEdge Advisors from business development, operations, transitions, technology, retention and investments.

Neil has a strong track record of taking great business ideas and turning them into exceptional companies, such as NewEdge Advisors. After starting his career at JP Morgan, Neil made his way to New Orleans-based technology firm, iSeatz.com, as their Chief Strategy Officer. It was there that he met current business partner, Alex Goss. The two went on to form AdverCar.com before co-founding what is known today as NewEdge Advisors. As Co-CEOs, they continue to develop NewEdge Advisors into one of the most advisor-first firms in the nation.

Neil graduated from Kenyon College with a Bachelor of Arts degree in Political Science. He was born and raised in New York City and currently resides in New Orleans. Outside of work, he enjoys running, playing golf and supporting local charities. 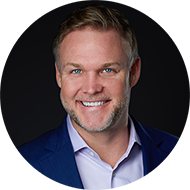 In his role, Alex is fully dedicated to understanding what successful advisors need and what they do not. His mission is to provide advisors with the tools and flexibility they require to better serve their clients without the limitations wirehouses and big banks force on advisors.

Alex graduated from Louisiana State University and moved to New York City where he worked for the New Orleans-based technology firm iSeatz.com. It was there that Alex met current business partner, Neil Turner, and they both went on to co-found AdverCar.com. After developing the business plan into a Silicon Valley venture capital-backed advertising firm, he moved to New Orleans to join his father, Jerry Goss, as a financial advisor. From there, it didn’t take long for the idea of what has become NewEdge Advisors to be born.

Alex lives in New Orleans with his wife and two sons. In his free time, he enjoys golf, hunting and fishing. He is also passionate about supporting our nation's most valuable asset, its youth. Alex supports and volunteers with multiple organizations that provide education, mentorship and cultural enrichment to kids in need.